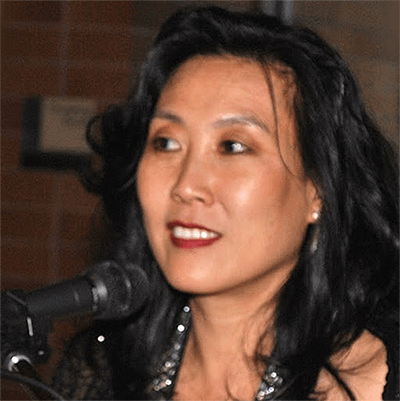 I became an artist early in my life in South Korea. I loved to draw and I was seriously attracted to calligraphy. When I came to the United States at age 16, making art was the one thing that made me happy. No language skills to help me, I was overwhelmed by a completely different culture.

While in High School, I enrolled in night classes in drawing at Los Angeles Community College. By the time I graduated from Alhambra High, I knew it was art. I enrolled at the University of Southern California. Four years later, a newly minted BFA. Upon graduation, I packed up and headed east. I began the MFA program at Parsons School of Design. I chose Parsons because it seemed the most rigorous program I could find. At Parsons, I studied closely with Leland Bell, Larry Rivers, and Paul Resika. I sweated painting for two years at Parsons, coming up only for food, air, and parties where we sometimes watched Rivers blow the sax at a place off 10th Street.

Leland Bell was such a big influence on me. To this day I marvel at how he made cool colors radiate so warmly. I made life-long friendships with fellow students and extraordinary painters Mitchell Johnson, Marcy Aylward, and John Carroll. Three more years in Brooklyn. After New York there were brief stays with my husband and son in Texas, Los Angeles, and then several years back in South Korea. (How much I love Seoul!) In Korea, I painted every spare moment and pursued my goal of studying calligraphy with a master. Back in the states, I had to seriously think about getting on with things. Hence, green, green, green, Portland.